The Armenian Brotherhoods at Kamieniec Podolski in the 18th Century

The work is devoted to the relatively little known and poorly researched problem area of the activity of Armenian religious brotherhoods. These gained popularity together with the adoption by Armenians of union with the Church of Rome. They were established in churches under the influence of the activities of Archbishop Mikołaj Torosowicz. Within the area of the Commonwealth they played an extremely important role in the life of Armenian society, fulfilling various functions — religious, social, charitable, economic and cultural. As the subject of research the author has concentrated on of the largest Armenian parishes of the Old Polish period, that at Kamieniec Podolski, which was inhabited in 1763 by 328 Armenians. In the introduction the author describes the resistance on the part of the Armenians of Kamieniec Podolski to the adoption of Church union. The local clergy protested the longest against the increasing Latinization of the religious rite, even delaying the adoption of the Gregorian Calendar. Next there is presented the history of the Armenian temples functioning in Kamieniec Podolski in the 18th century. Entered into their history is that of three well known sources of seventeenth-century religious brotherhoods. Two of them Saint Anne’s and Saint Michael’s and Gabriel the Archangel operated at the church of St. Michael, while the third of St. Gregory’s at the church of the same designation. We do not possess much knowledge about the brotherhoods of St. Anne and St. Gregory for, as a result of the lack of preservation of the brotherhood books and ledgers, the only information we can draw on is that from the civil Armenian ledgers (in Kamieniec Podolski the mayor together with the town council created an Armenian department and court keeping common ledgers for the court and the department). The author has been the most successful in researching the brotherhood of St. Michael and Gabriel the Archangel, although there was only preserved the pledge ledger of the pious bank operating within the brotherhood. This was drawn up in 1741, though it only covers entries for the years 1727–1789. Thanks to this we know not only who, what and how much was pledged in this brotherhood but we know the structure of the brotherhood, the most important offices that functioned within it as well as some of the names of the individuals elected to them. In analysing the data from the pledge ledger one is struck, first and foremost by the fact that amongst the clientele of an Armenian pious bank operating within a town possessing the privilege of de non tolerandis Judaeis Jews dominated. This information from the civil ledgers has enabled one to become acquainted with the names of certain benefactors of the brotherhood, and also one is able to follow the relations between the brotherhood of St. Michael and Gabriel the Archangel and other Armenian brotherhoods operating within Kamieniec Podolski, and to discover the mutual dependence between the brotherhood under discussion and the Armenian municipal council. 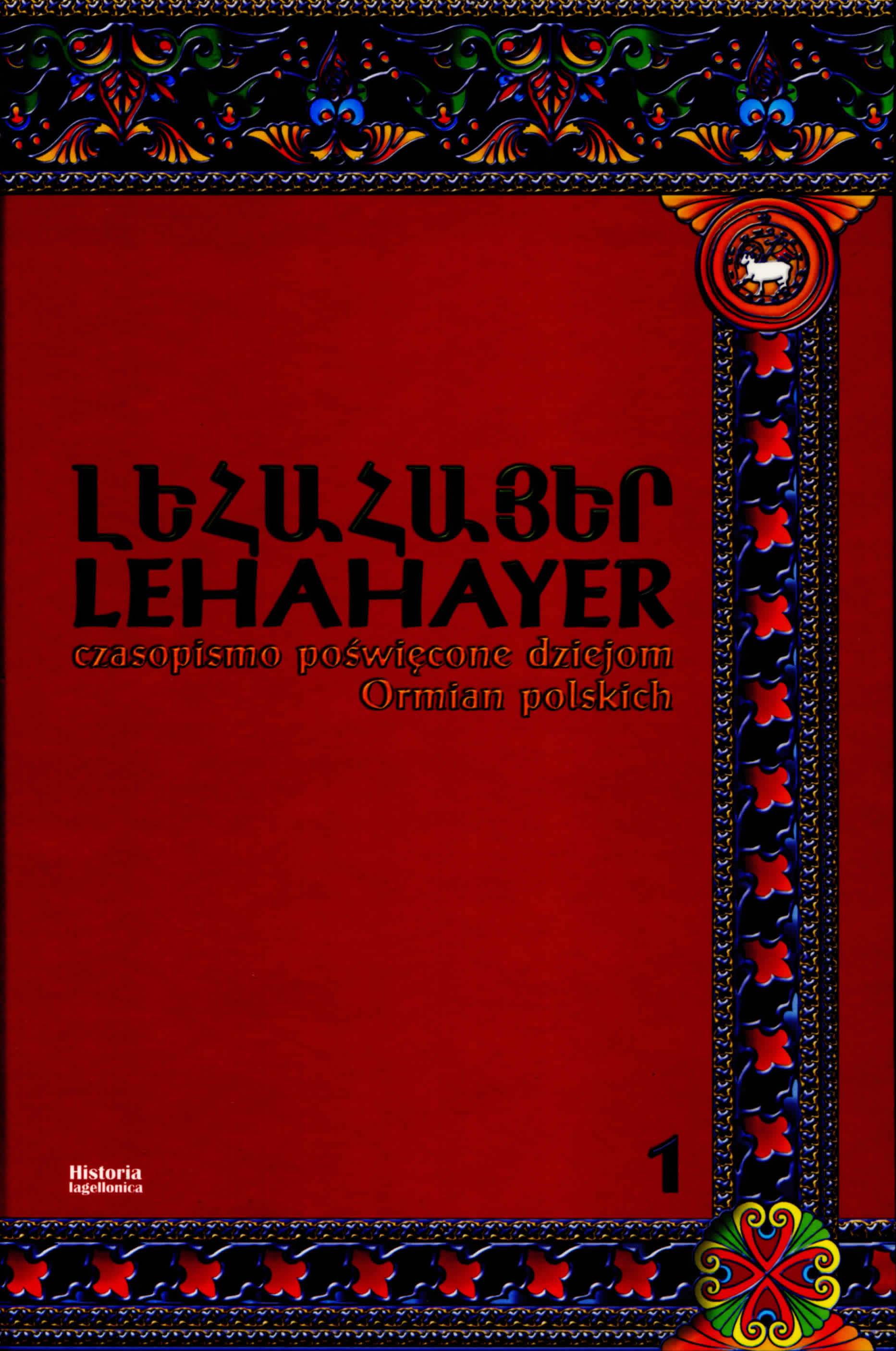