The article analyses English and Scottish travellers’ accounts of interdenominational relations, and specifically religious toleration, as observed in the seventeenth century Polish Lithuanian Commonwealth. It traces the changing British perception of these matters over time, from when toleration was a subject of admiration until it began to be seen as a sign of anarchic religious liberty, a weakness; something to be, as Gilbert instigated, ‘abolished and removed from the body and the bounds’ of the English monarchy.

A Polish scholar currently living and working in Australia. He is an Adjunct Research Associate at the School of Philosophical, Historical and International Studies, Monash University, Melbourne. His main areas of academic interest are: Scottish migration to the Polish-Lithuanian Commonwealth; history of other ethnic groups (especially processes of naturalisation and ennoblement of foreigners) in Early Modern Poland; and accounts of contemporary British travelers to Central Europe.

Anon., The Christian conquest. Being an account of the great overthrow of the Turks before the imperial city of Vienna, in Germany, who, by Gods blessing and the happy conduct of the King of Poland, the Duke of Lorain, &c were totally routed; having lost near one hundred thousand men in the field, sixty thousand tents and two millions of money in the Grand Visiers tent. &c. Tune of, When the King injoys his own again ([London]: printed for J. Wright, J. Clark, W. Thackery, and T. Passinger, 1681‑1684).

Anon., The Promotion of the Protestant cause in Poland by the ármes of His Majesty the King of Sweden (London printed: [s.n.], 1659).

Anon., The Saints liberty of conscience in the new kingdom of Poland: proposed for the consolation of the distressed (Warszawa [i.e. London]: [s.n.], 1683).

Anon., True news of another bloody battle, of the King of Poland with the Turks and also an account of the taking of the Great Vizier and divers other Turkish lords, and great commanders, and of the redeeming many thousand Christian captives from slavery (London: printed for R. P., 1683).

Charles II, Letters patent for a collection for the Protestants of Lithuania (London: printed by John Bill and Christopher Barker, printers to the Kings most Excellent Majesty, 1661).

Chyliński Samuel Bogusław, An account of the translation of the Bible into the Lithvanian tongve, into which language the Scriptures were as yet never translated with a copy of the testimoniall given to the translator: and of the approbation of his undertaking, by several reverend doctors of divinity, with the professors of the same, and other persons of note in the University of Oxford, November 15, 1659 (Oxford: printed by Hen. Hall…, 1659).

Clarke Samuel, A generall martyrologie containing a collection of all the greatest persecutions which have befallen the church of Christ from the creation to our present times, both in England and other nations: whereunto are added two and twenty lives of English modern divines … : as also the life of the heroical Admiral of France slain in the partisan massacre and of Joane Queen of Navar poisoned a little before / by Sa. Clarke (London: printed by Tho. Ratcliffe for Thomas Underhill and John Rothwell, 1660).

Gilbert Eleazar, Nevves from Poland wherein is declared the cruell practice of the popish clergie against the Protestants, and in particular against the ministers of the city of Vilna, in the great dukedome of Lithuania, under the governement of the most illustrious prince, Duke Radziwell / faithfully set downe by Eleazar Gilbert … (London: by E.P. for Nathanael Butter, and are to be sold at his shop, 1641).

H. G., Scanderbeg redivivus an historical account of the life & actions of the most victorious Prince John III, K. of Poland: containing an exact and succinct series of affairs from his cradle to this present day, with a particular account of the many great and signal victories obtained by him against the Turks, from the time he was first made crown‑general, and afterwards elected King of Poland: dedicated to the Lord Landsdowne, Count of the Holy Empire (London: printed by H.C. for Tho. Malthus…, 1684).

Kraino Kraiński de John, A relation of the distressed state of the church of Christ professing the protestant religion in the great dukedom of Lithuania, presented to the view of all compassionate Christians (London: printed in the year of our salvation, 1661).

Lithgow William, The Totall Discourse of the Rare Adventures and Painefull Peregrinations of long Nineteene Yeares Travayles from Scotland to the most famous Kingdomes in Europe, Asia and Africa [London: Nicholas Okes, 1632], reprint (Glasgow: James MacLehose and Sons, 1906).

Martyrs in flames, or, Popery (in its true colours) displayed. Being a brief relation of the horrid cruelties and persecutions of the Pope and Church of rome for many hundred years past, to this present age, inflicted upon Protestants in Piedmont … : With an abstract of the cruel persecution lately exercised upon the Protestants in France and Savoy, in the year 1686 and 1687.: Together with a short account of Gods judgment upon popish persecutors. / Published for a warning to all Protestants, [] what they must expect from that bloody generation of Antichristians. By R.B (London: printed for Nath. Crouch …, [1693]).

Przypkowski Samuel, Dissertatio de pace, &c. Or, A discourse touching the peace & concord of the Church. Wherein is elegantly and acutely argued, that not so much a bad opinion, as a bad life, excludes a Christian out of the kingdom of heaven; and that the things necessary to be known for the attainment of salvation, are very few and easie: and finally, that those, who pass amongst us under the name of hereticks, are notwithstanding to be tolerated (London: printed by Ja: Cottrel, for Rich. Moone, at the seven stars in Paul’s Church‑yard., 1653).

Przypkowski Samuel, Dissertatio de pace, &c. Or, A discourse touching the peace and concord of the Church. Wherein is elegantly and acutely argued, that not so much a bad opinion, as a bad life, excludes a Christian out of the kingdom of heaven: and that the things necessary to be known for the attainment of salvation, are very few and easie: and finally, that those, who pass amongst us under the name of hereticks, are notwithstanding to be tollerated (London: printed [by J.G. from Thomas Malthus], 1684).

Przypkowski Samuel, Dissertio de pace, &c, or, A discourse touching the peace and concord of the Church wherein First, is elegantly and accurately argued, that its not so much a bare error in opinion … secondly, that the things necessary … Lastly, that those who pass amongst us … (London: printed and sold by Andrew Sowle …, 1688).

Przypkowski Samuel, The life of that incomparable man, Faustus Socinus Senensis, described by a Polonian knight. Whereunto is added an excellent discourse, which the same author would have had premised to the works of Socinus; together with a catalogue of those works (London: printed for Richard Moone, at the seven Stars in Pauls Church‑yard, neer the great north‑doore., 1653).

‘Records of the Court of Investigation in Cracow (1603)’, Papers Relating to the Scots in Poland 1576-1593, ed. Francis Archibald Steuart (Edinburgh: Scottish Historic Society, 1915).

Roberts Lewes, The merchants mappe of commerce wherein, the universall manner and matter of trade, is compendiously handled. The standerd and currant coines of sundry princes, observed. The reall and imaginary coines of accompts and exchanges, expressed. The naturall and artificiall commodities of all countries for transportation declared. The weights and measures of all eminent cities and tovvnes of traffique, collected and reduced one into another; and all to the meridian of commerce practised in the famous citie of London. By Lewes Roberts, merchant. Necessary for all such as shall be imployed in the publique affaires of princes in forreigne parts; for all gentlemen and others that travell abroad for delight 386 or pleasure, and for all merchants or their factors that exercise the art of merchandizing in any part of the habitable world (London: printed by R. O[ulton, Eliot’s Court Press, Thomas Harper, and Felix Kingston] for Ralph Mabb, MDCXXXVIII [1638]).

Speed John, A prospect of the most famous parts of the vvorld Viz. Asia, 3 Affrica, 5 Europe, 7 America. 9 VVith these kingdomes therein contained, Grecia, 11 Roman Empire, 13 Germanie, 15 Bohemia, 17 France, 19 Belgia, 21 Spaine, 23 Italie, 25 Hungarie, 27 Denmarke, 29 Poland, 31 Persia, 33 Turkish Empire, 35 Kingdo: of China, 37 Tartaria, 39 Sommer Ilands, 41 Ciuill Warres, in England, Wales, and Ireland. You shall finde placed in the beginning of the second booke marked with these [3 asterisks in triangle formation] and (5) Together with all the prouinces, counties, and shires, contained in that large theator of Great Brittaines empire. Performed by Iohn Speed (London: printed by Iohn Dawson for George Humble, and are to be sold at his shop in Popes‑head Pallace, 1631).

The Racovian catechisme vvherein you have the substance of the confession of those churches, which in the kingdom of Poland, and great dukedome of Lithuania, and other provinces appertaining to that kingdom, do affirm, that no other save the Father of our Lord Jesus Christ, is that one God of Israel, and that the man Jesus of Nazareth, who was born of the Virgin, and no other besides, or before him, is the onely begotten Sonne of God, [Apparently translated from the Latin version] (Printed at Amsterledam [sic]: for Brooer Janz, 1652).

Votes of Parliament touching the Book commonly called The Racovian Catechisme (London: Printed by John Field, Printer to the Parliament of England, 1652).

Whitebrook A., A true copy of a letter from an English gentleman in the Emperour’s army, to an English officer in Holland concerning the total rout of the Turks by the united forces of the Christians, commanded in person by the Emperour, the King of Poland, and Duke of Lorain (London: printed by E. Mallet, [1683?]).

Bajer Peter Paul, Scots in the Polish‑Lithuanian Commonwealth in the Sixteenth to the Eighteenth Centuries: The Formation and Disappearance of an Ethnic Group (Leiden: Brill, 2012).

Biegańska Anna, ‘The Learned Scots in Poland: From the Mid‑Sixteenth to the Close of the Eighteenth Century’, Canadian Slavonic Papers, 43 (2001), 1-28.

Cieszyńska Beata, ‘Polish Religious Persecution as a Topic in British Writing in the Seventeenth and Early Eighteenth Century’, Britain and Poland‑Lithuania: Contact and Comparison from the Middle Ages to 1795, ed. Richard Unger, Jakub Basista (Leiden: Brill, 2008).

Fischer Thomas Alfred, The Scots in Germany: being a contribution towards the history of the Scots abroad (Edinburgh: Otto Schulze, 1902).

Hans Nicholas, ‘Polish Protestants and Their Connections with England and Holland in the 17th and 18th Centuries’, The Slavonic and Eastern European Review, XXXVII (1958/1959), 196-220.

Huntston Williams George, The Polish Brethren: documentation of the history and thought of Unitarianism

Kowalski Waldemar, ‘The Reasons for the Immigration of Scots to the Polish Commonwealth in the Early Modern Period as Outlined in Contemporary Opinions and Historiography’ Paper presented to the Scotland and Poland: a Historical Relationship, 1500‑2009 Conference, School of History, Classics and Archaeology (Edinburgh: The University of Edinburgh, October 1‑2, 2009).

Williams Huntston George, The Polish Brethren: Documentation of the History and Thought of Unitarianism in the Polish‑Lithuanian Commonwealth and in the Diaspora 1601-1685 (Missoula, Mont.: Scholars Press, 1980).

Wolff Larry, Inventing Eastern Europe: The Map of Civilization on the Mind of the Enlightenment (Stanford, Calif.: Stanford University Press, 1994). 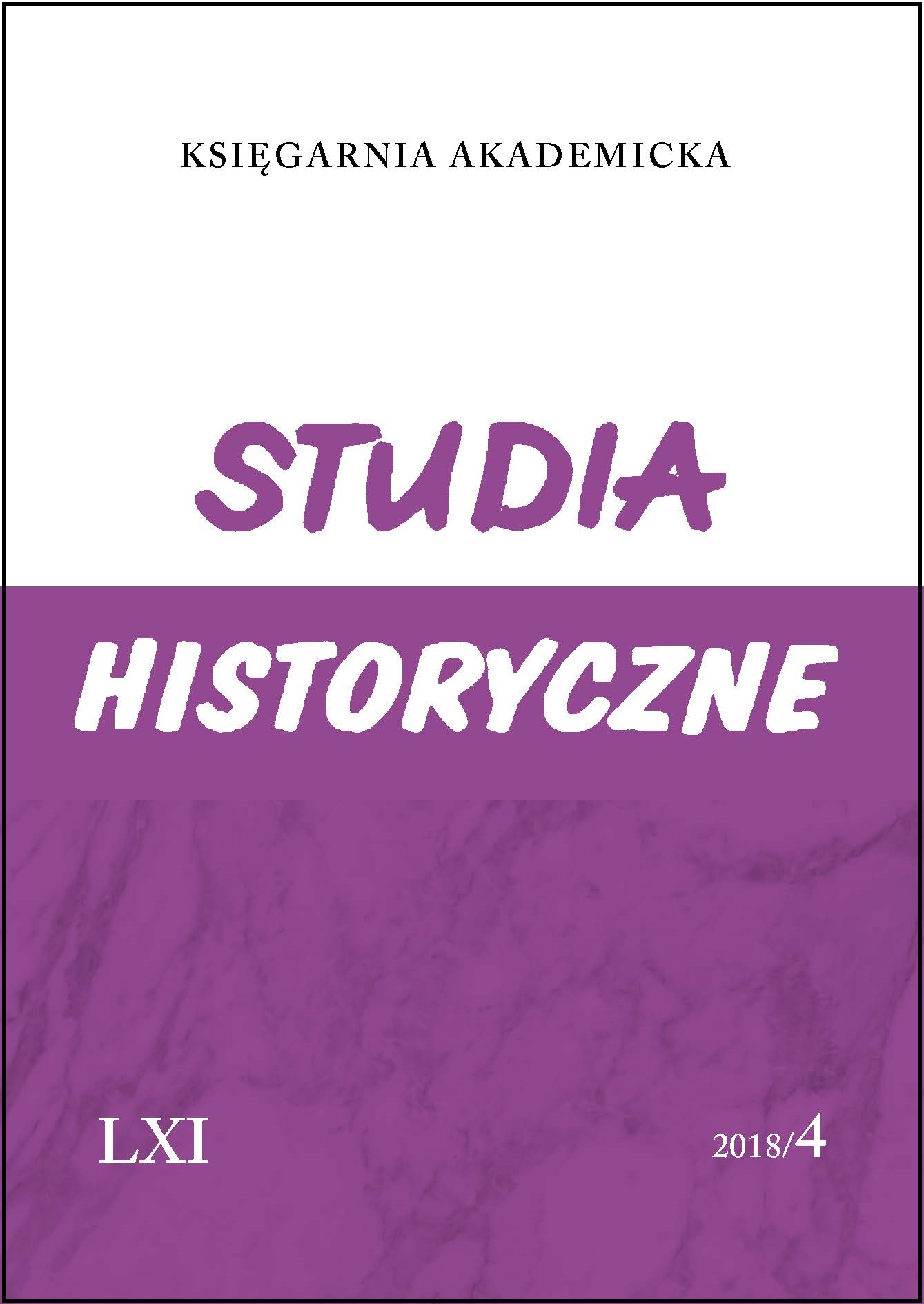